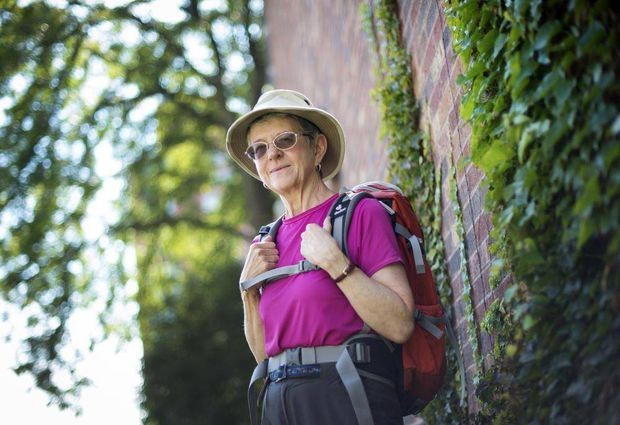 Susan helped kick-off the CFUW 100th Anniversary Campaign to raise an additional $100,000 for scholarships, fellowships, and awards. In the late summer of 2014, she had walked the Camino de Santiago trail in Spain, raising almost $18,000 for the Charitable Trust’s Fellowship and Award Fund.

The education of girls and women was something that Susan believed in and she devoted time and expertise to contributing to this cause. The CFUW Charitable Trust and CFUW members acknowledge Susan’s strong leadership by awarding the inaugural CFUW 100th Anniversary Legacy Fellowship in Susan’s memory.

The Fellowship is awarded to a woman who has completed one calendar year of a doctoral program, at the time of application.  The PhD thesis research/project must focus on advancing gender equality.  It is not restricted to a specific field of studies.  The Fellowship is tenable in Canada or abroad.

This fellowship, established in 1952, honours Margaret McWilliams, first CFUW President (1919-1923), who dedicated her life to furthering the status of women through improved access to higher education and the active involvement of women in public life. It is awarded to a woman who has completed at least one calendar year in a full-time doctoral program and is enrolled in full-time studies in Canada or abroad at the time of application.

Honours those for whom the CFUW Charitable Trust receives memorial donations. At the time of application, the candidate must be enrolled in masters studies in science, mathematics or engineering. This fellowship is tenable in Canada or abroad.

Two awards at the masters level and two for doctoral level study. The value of each award is $5,000.

Dr. Alice E. Wilson (1881-1964), CFUW member, Fellow of the Royal Society of Canada and the first woman to hold a professional position at the Geological Survey of Canada won the 1926 CFUW Travelling Fellowship. Awarded to mature students returning to graduate studies in any field after at least three years.

Commemorates the fourteen women students murdered at the École Polytechnique in Montreal. For graduate studies in any field. The applicant must justify the relevance of her work to women.

Inaugurated in 2015, the award is named to honour Linda Souter, the only Canadian member of CFUW that has served both as President of CFUW and Graduate Women International (formerly known as International Federation of University Women, IFUW). Awarded to a masters or doctoral student studying in the area of the Humanities. Generally, study in the Humanities is theoretical and does not involve empirical methodology. The Humanities could include the following: English Language and Literature, History, Languages Study, Classics, Philosophy, Film Studies, Communication Studies, and Culture Studies.

Georgette LeMoyne (1884-1975), was one of the first women to receive a university degree in French Canada. She devoted her life to the promotion of education and employment for women. It is for graduate study in any field at a Canadian university. The candidate must be studying in French and write the Statement of Intent (Section I) of the application in French.

Honours a founding member of the Nova Scotia Home Economics Association who dedicated her professional life to home economics education. At the time of application, the applicant must be enrolled in masters studies that focus on one or more aspect(s) of the field of Human Ecology/Home Economics/Family and Consumer Sciences*. Special consideration will be given to those pursuing a postgraduate degree in education. She may be studying abroad.

Awarded to a candidate studying in one or more aspects in the field of Human Ecology/Home Economics/Family and Consumer Sciences*, at the masters or doctoral level. The applicant must be accepted or enrolled in a post-graduate program in Canada at the time of application.

Established in 2006, in memory of Elizabeth Massey, a young lawyer and member of CFUW whose life was greatly enriched by her love of the creative arts. For post-graduate studies in the visual arts, such as painting or sculpture; or in music. This award is tenable in Canada or abroad.

In March 2015, the Education Council-Wolfville transferred the proceeds of their education fund to the CFUW Charitable Trust to establish a new award, the CFUW Aboriginal Women’s Award (AWA).

This award was designed to honour Dr. Marion Elder Grant’s life-long commitment to education of women. Dr. Grant has an outstanding record of leadership as the 11th CFUW President (1949-52), CFUW Wolfville President, and Dean of Women and Professor of Psychology, Acadia University.

Eligible programs: are the academic programs for which a CFUW AWA Applicant may be studying. They include:

You can help fund the CFUW Fellowships and Awards by contributing directly to the CFUW Charitable Trust.
Donate