“We must have some greater vision of greater things to be accomplished, perhaps long after our day with its contribution has passed.” 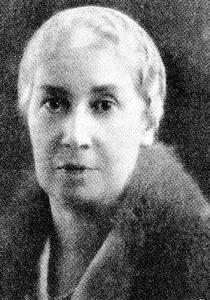 Susan Elizabeth Cameron was born in Baddeck, Nova Scotia, in 1871, the eighth of nine children (the sixth daughter) of Annie (Purves) and Alexander Cameron, a collector of customs (Census 1871, 1881). She received her early education locally and then attended Saint John High School in New Brunswick graduating in 1891 with the Governor-General’s Silver Medal for English (Reid). She entered McGill University that same year and graduated in 1895 with a First Class Honours BA and the Shakespeare Gold Medal in English Language and Literature.

Women had been granted admission to McGill in 1884 and the first eight graduated with the degree of Bachelor of Arts in 1888. These first graduates and the women who followed in their footsteps became known as “Donaldas” (until 1914) in recognition of Sir Donald Smith (Lord Strathcona) who felt strongly that young women should have access to post-secondary education. Strathcona’s 1884 donation to the Royal Institution for the Advancement of Learning (McGill University) funded the hiring of academic staff to teach young women in classes separate from those of their male counterparts (RVC Website). Susan Cameron was among this early group of “Donaldas.” He later donated funds for the construction of Royal Victoria College, a magnificent building on the southeast corner of the campus, which would supply academic, administrative, and recreational facilities for both resident and non-resident women students. All undergraduate female students at McGill were members of Royal Victoria College until 1970 (RVC Website).

Upon her graduation, Susan taught briefly at Miss Graham’s School in New York in 1895 and then returned to McGill University where she completed her MA in 1899. She was appointed Lecturer in the Department of English and served as a resident tutor at the newly opened Royal Victoria College. She served as a Lecturer in the Faculty of Arts English Department from 1902 to 1912 and reached the position of Assistant Professor of English by 1918.

Susan spent over ten years in an administrative capacity in addition to her teaching. Hilda Oakley had been the first “Lady Principal” appointed to Royal Victoria College after it opened in 1899, but, emulating the British practice, had the title changed to “Warden”, a title that remained in use until 2008. Following Oakley’s departure, Susan was Acting Warden during the first term of 1906-1907 until Ethel Hurlbatt was named Warden. Susan then became Vice-Warden, a position she held until her marriage in 1918 to the University Bursar, Walter Vaughan. She was one of the few academic women of her time to marry and, as was the custom at that time, relinquished her teaching and her administrative position to do so. Following their marriage, Susan and Walter spent time in England and California before returning to Montreal where he died in 1922.

Susan was already active in the newly organized CFUW as a member of McGill Alumnae, and served as CFUW’s second President from 1923 to 1926. In the “Foreword” to the 1923 Chronicle, following a heartfelt tribute to the first Executive, she wrote:

If the Federation is to live, that principle [of cooperation] must be even more fully recognized in the future. We have now arrived at one of those many ‘dangerous ages’ at which societies as well as individuals are apt to degenerate. When the precocity of infancy is past and the authority of age has not yet come, there is need of much vigilance and effort if reputation is to be sustained. (6)

As CFUW President, she guided the organization with perception, sensitivity and intellectual rigour.

In her address to the third Triennial (1926), she warns CFUW of the dangers of becoming too intellectually exclusive, too far removed from an otherwise “mystified public” (Chronicle 13). Since 1923, the number of clubs had increased, yet the number of members had gone down. Her speech asks why this has happened, and her answer suggests that CFUW clubs have not been sufficiently versatile, not had a broad enough vision. She says, “. . . I think we must see to it that the general scheme is broad and flexible enough to give scope to a variety of types” (13). This is not to say that Susan in any way minimizes the importance to CFUW of scholarships, its commitment to the building of Crosby Hall and its international connections, or its intellectual endeavours. She was concerned that too much concentration in these areas can and may be responsible for lessening CFUW’s appeal to the broadest possible number of university women graduates.

In 1928, Susan was asked once again to step in and take over the role of Acting Warden while Warden Ethel Hurlbatt was experiencing poor health. She continued in this post following Miss Hurlbatt’s resignation in 1929, and was officially appointed Warden of Royal Victoria College in 1931, a position she held until her retirement in 1937. She was the first Warden to have been a McGill graduate and during her term saw female graduates at the University increase to 112 in 1934.

She continued her association with CFUW following her presidency. At this time, “[t]here was ongoing attention paid by the [CFUW] to finding positions for the recipients of scholarships once they returned to Canada” (Pickles 290). In 1934, CFUW established an Academic Appointments Committee with Susan as its first Chair (Russell). Over the years this committee compiled a register of qualified women ready to accept appointment at Canadian universities. Although this list was sent to all universities, few appointments were made. Pickles differs on the importance of the list, saying: “Given the small number of academic women at the time, the [CFUW]’s work was of considerable impact” (290).

Susan was known to put her students immediately at ease while instilling in them high standards to strive for. As expected, the rules governing the behaviour of young women living at the College, both within its walls and when on approved leave, were strict. One widely reported anecdote states that, upon finding some young women entertaining male friends in the elegant Common Room in a manner slightly more familiar than considered appropriate, she threatened to join them every evening while working on her knitting. Amongst her colleagues, she was known for the personal charm and graciousness that served her well in her mission to have female students granted full status at the University. She impressed committee members with her wisdom and captivated them with her grace and humour. Just as CFUW was supporting women across Canada, Susan dedicated herself at McGill to the cause of women’s educational rights at a time when little attention was being paid to their needs. While she was Warden, she was instrumental in changing McGill’s attitude from one of grudging acceptance to one of full status for women students in all faculties with the right to participate in all university activities.

As background to this achievement, one must realize that female students at McGill were not allowed to participate in the McGill Students’ Society (founded in 1908), membership being restricted, in accordance with its constitution, to every male student of the University who paid the athletic fee. Students at Royal Victoria College founded a separate, initially informal, organization that was headed by the president of the senior year and functioned as a forum for discussion and a body that organized college and campus events. This evolved by 1925 into the McGill Women’s Student Society that recognized all female students at the University as members and, in 1931, was replaced by the McGill Women’s Union. During this time the issue of granting women membership in the McGill Student’s Society played out in the campus paper The Martlet and its successor the McGill Daily.

On November 22, 1928, the Daily printed an editorial asserting that while women had equal status with men, each had their own organizations, and their accountability and membership were separate and should remain so. Susan Vaughan, Acting Warden of Royal Victoria College, wrote a reply that left little doubt about the status of women at McGill. It acknowledged that while James McGill had not mentioned women in his will, the possibility of women’s accessing higher education had not been possible to predict at the time. Later, Lord Strathcona had specifically provided for the education of women, a commitment legally accepted by the University. She asserted that Royal Victoria College was in all respects an integral part of the University and that all degrees granted to women since the original eight in 1888 had been conferred by McGill.

This letter is credited with beginning the change that resulted in the recognition of women as full students of the University. The fight would go on for years but attitudes began to change. While Susan was Warden of Royal Victoria College, women students gained full status as students at McGill University. This achievement was confirmed in 1932 with the admittance of two women, the President of the McGill Women’s Union and an elected representative from Royal Victoria College as the first ex officio members of the 13-member Executive Council of the McGill Student’s Society.

In recognition of her contribution to the university, McGill awarded her the honorary degree, Doctor of Laws (LL.D.), saying “she combined in rare measure the gifts of scholar and administrator. . . (“Mrs. Walter Vaughan” 73). At the same time, the Alumnae Association commissioned Kenneth Forbes to paint her portrait. On October 5, 1946, she was elected an Honorary Member of the Graduate’s Society of McGill University, “In recognition of her outstanding achievements as a distinguished graduate of McGill University and in appreciation of the contributions that she has made to the Society and to the University” (“Honorary”). Two years later, on October 21, 1948, “In recognition of . . . long service as an outstanding graduate“, she was elected an Emeritus Member of the Graduates’ Society of McGill University (“Emeritus”). She served for a period as the President of the Women’s Canadian Club, Montreal and at the time of her death on November 5, 1961, was Honorary President of the McGill Alumnae Society.